7 Reasons Not to Use a Free VPN 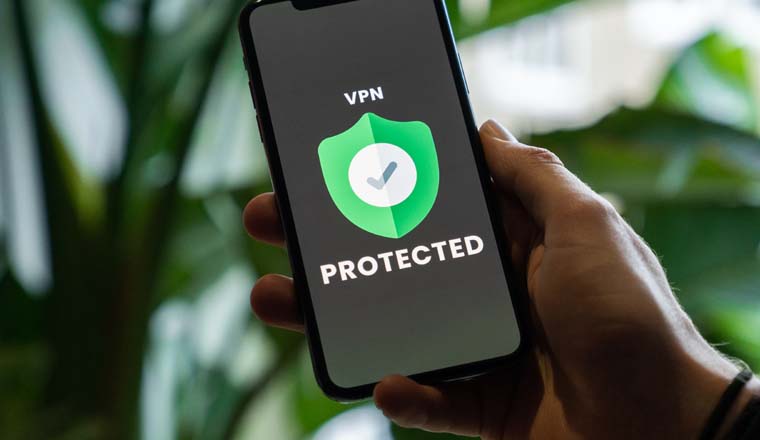 You might want to use a VPN for many reasons. Maybe, you want to stream TV shows and movies that aren't available in your country. Maybe, you want to get past censorship and access, let's say, Wikipedia in China. Or, maybe, you just care about your privacy and don't want trackers to be collecting data about you and feeding it to targeted advertising.

Whatever your reasons may be, you're probably tempted to download a free VPN add-on or app and consider it done. But ask yourself this. If you don't pay a dime for it, then how does the company maintain all the infrastructure required for running a VPN service?

The thing is, free VPN services aren't truly free. You'll have to make plenty of tradeoffs, some of them massive, others – not so much, but still inconvenient. So, before you download that add-on or app, you should know what you sign up for. Here are the seven deal-breaking problems with free VPNs.

1. Your Data May Be Harvested on Purpose

Let's start with the obvious issue: how free VPNs make money. Free VPN providers may display Ads on your screen. Instead of protecting your data from targeted ads, that app will sell it to the companies that run them!

That's because free VPNs need ad revenue to at least break even. They may hand over your data to show you targeted ads embedded into the app's interface. Or, they may just sell it to third parties in a nastier turn of events.

The thing is, running a VPN service is expensive. Here are just some of the main expenses that go into launching and maintaining it:

If a company offers its services without charging you, you can be 100% sure: security won't be as tight as you want it to be. Data encryption may be less-than-ideal, or the app may require intrusive permissions. And if it's built using third-party components, that leaves the door open for more vulnerabilities.

Since privacy is one of the main reasons you may want to use a VPN, security flaws put it in danger. For example, free VPNs have higher rates of traffic or DNS leaks. (Those can occur if you use a paid service, too – but it's a lot less likely.)

What data is leaked in those cases? Your IPv4 and IPv6 addresses, for one – plus, all of your activity that you wanted to keep private.

3. Your Device May Become an Endpoint

A decade or so ago, Hola was the king of free VPNs. Its selling point was hard to resist: instead of using servers to create a network, it used users' devices as endpoints. This way, it makes sense for Hola to charge you nothing, right?

Well, in 2015, it turned out that Hola was straight up selling the bandwidth on users' devices via Luminati, it's subsidiary. And if that's not outraging enough, the whole process of turning user machines into endpoints isn't as nice and clean as it may seem. Here are two reasons why:

Hola may be famous for this, but there's no way to know how many other services use the same mechanics – and how many sell their users' endpoints.

4. You Won't Have Top Connection Speed

If you have access to a broadband connection without a VPN, don't expect to have the same download and upload speeds when you use a free one.

For one, you can forget about streaming or downloading huge files with that connection. Even backing up your files into the cloud can be challenging, depending on the files' size.

So, if you need a VPN for anything more than simple web browsing, don't count on free services to provide you with the bandwidth you'll need.

Besides, such services typically have their limits on how much data you can use. If you plan to turn them on for occasional use several times a month, it probably won't be a huge inconvenience. But if that's not your case, you'll be better off with paid service providers.

5. You Won't Have Much Server Choice

If you compare the list of locations between free and paid VPNs, it'll be a no-brainer: the latter will have a lot more choice in stock for you.

That might not seem like a big deal to you at first. But if you want to gain access to a specific location to stream a particular TV show or a movie, for example, the range of choice will matter.

Plus, the more locations you can choose from, the easier it'll be to find one that is less busy. That can be a lifesaver if all the popular locations are used by too many users to provide you with comfortable upload and download speeds.

6. You Can Forget About Great Support

You might think you won't ever need to turn to customer support; no one does until they have to. At some point, you might need to submit a ticket to customer support. And this is one thing where free VPN providers cut corners – a lot. They're often understaffed, so your ticket will take a long while to get treated, and the answer has all chances to be suboptimal.

Paid services factor in the cost of customer support in their prices. Of course, the quality of the support varies from company to company. But while you can find a paid VPN with great support, you can be sure you won't succeed at that if all of your options are free VPNs.

7. You Can't Be Sure Who Owns Free VPNs

When it comes to free VPNs, their ownership is often shady. In case you have any doubts about that, here's an interesting fact. According to a Top10VPN 2020 investigation, 10 of the most popular free VPNs in the U.S. have confirmed or suspected ties to China. Those ties mean various forms of hidden ownership.

This means you may think you know who may get their hands on your data, but in reality, you don't. Your data may end up in the hands of malicious actors halfway across the world. And you won't even have any idea that could've even happened.

Paid services have a better track record of being transparent about their ownership and activities. That's not to say all of them are perfect in that regard, of course. But the likelihood your data will be exploited by an unknown party is still a lot lower.

As you can see, there's more than one issue with free VPNs. So, as tempted as you might be to install one, think about it twice. Are you ready to sacrifice your data security and privacy? Are you prepared for lagging speeds, data and location restrictions, and lack of support?

Most likely, these tradeoffs would be too much. After all, why install a free VPN if it's going to be even worse for your privacy and security than no VPN at all?

You may think you can't put a price on your privacy. But you can. It’s the price of a trustworthy paid VPN service, simple as that.

Having gotten a degree in marketing Vavianne Bell has worked for several big corporations in SMM promotion and email marketing. Later she realised that she wanted to help young people achieve their dreams and started to look for a job that would satisfy that desire. She started to work as a writer at essay writing service EssayPro three years ago has been feeling more accomplished than ever. Apart from writing, Vavianne enjoys reading and cooking in her spare time.