The 5 Most Common IP Threats to Your Business 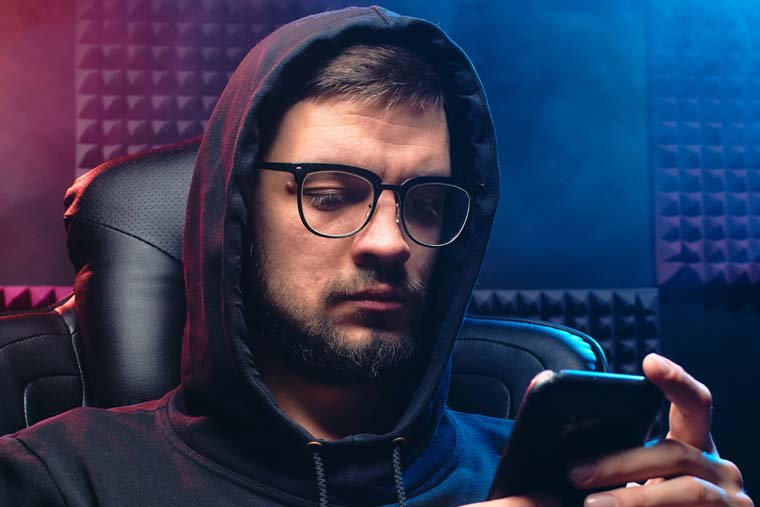 There are many types of IP threats to your business, but the most prevalent are Remote Access Trojans and Phishing. This article outlines some of the best ways to protect your IP.

Keep reading for more information! In addition, you'll learn about Insider Threats, Remote Access Trojans, and Trojans/Malware. If your business has multiple IPs, there are many ways to protect them.

The best protection against remote access Trojans lies in regular anti-malware applications such as Kaspersky Internet Security. Trojans get onto computers through infected attachments, manipulated text messages, and bogus websites. One of the most damaging attacks, carried out by Canadian teen Mike Calce in February 2000, resulted in damages of $1.7 million for CNN, eBay, and Yahoo.

If you run a business, then you know how important it is to protect your IP addresses. Phishing attacks have been causing millions of dollars of damage to businesses across the globe, and the Nigerian prince scam is a prime example of this.

The email may look legitimate, but the link isn't, and it could lead to identity theft or data loss.

Unfortunately, this problem is only exacerbated by the fact that the bad guys are already studying your security from the shadows. They have unlimited resources and time to steal your hard-earned data. The good guys are outnumbered. To fight back, smart businesses should work together to protect their IP addresses.

One way to do that is to implement a comprehensive security program. If you're unsure where to start, consider using Nuspire Networks' security analysis tool.

In August, the U.S. Senate passed a $1 trillion infrastructure bill, and one attack targeted those affected by the legislation. Attackers posed as representatives of the U.S. Department of Transportation and lured recipients with fake emails promising to offer lucrative deals for USDOT-sponsored projects.

Once they logged into the fake website, the malicious actors used a phishing technique to trick recipients into handing over their Microsoft credentials.

Malicious insiders can have several negative effects on your business. Not only can they cause physical damage to the business's assets and reputation, but they can also compromise the security of the company's network. For example, one former employee of Cisco gained unauthorized access to its cloud infrastructure, deleting 456 virtual machines and compromising the access of 16,000 Cisco WebEx users.

The damage caused by the hack was so severe that Cisco spent $2.4 million fixing the problem and compensating all affected users. Another risk of malicious insiders is the risk of data theft and excessive access to confidential information.

While insider threats are rare, they still can be extremely harmful. A disgruntled employee can be a negligent insider, accessing data not related to their job function, or using unauthorized USB drives. A person can even intentionally seek sensitive information and email it outside of the organization. Facebook recently fired a security engineer for harassing women online.

These insider threats are extremely dangerous and must be addressed immediately. And while you can never be sure if a particular employee is going to do it, there are ways to protect your company.

One way to protect your business from insiders is to implement a good cybersecurity program. There are many tools available on the market that allow you to monitor and identify insider threats. For example, a SIEM can be used to monitor network traffic and identify malicious insiders.

This software also monitors the use of VPNs to limit the risk of insider attacks. The right insider threat management software will keep your data secure by filtering suspicious email messages and removing malware from your network.

When it comes to internet threats, nothing is more frightening than Trojans/Malware. They have the power to steal valuable data and wreak havoc. While many are more generic, some are highly targeted and pose a serious threat to your business. If your business is not protected against trojans, your network is at risk of being infected. And, as the saying goes, prevention is better than cure.

Many of these attacks have very similar characteristics, including stealing data and monitoring network traffic. Whether it's banking information or intellectual property, there's malware that wants to take it.

A good way to protect your business from these threats is to implement an effective cybersecurity solution. Make sure you use a security solution that runs fast scans and alerts you if your network is infected with malware.

While the most common type of malware is spyware, Trojans also attack your network. They typically deliver other malware to your computer. The first type, called a Trojan, uses keyloggers to monitor users.

The second type called a Trojan-Mailfinder, harvests email addresses on your system and then sends them to hackers to spread more malware. Another type of malware is the Trojan-ArcBomb. This malware uses a 'backdoor' to get into your network.

To prevent these attacks, you need to understand how they work and how to protect yourself against them. A Man-in-the-Middle attack is an attempt to intercept and change data, which is sent over a network. This attack is often carried out by malicious software that places itself somewhere along the communication chain.

This type of attack is extremely difficult to detect without specialized tools or methods.

They provide identity, access, and tracking information. An attacker can use malware or cross-scripting XSS attack to steal these cookies. Other common methods for stealing session cookies are through ARP, which stands for "address resolution protocol."

A man-in-the-middle attack uses third-party software to intercept information between two parties. The attacker can be invisible or legitimate. The goal is to intercept data and steal confidential information.

This type of attack is extremely common - one-third of all attacks are made with this method. To learn more about man-in-the-middle attacks, read on.

Robin Talley is a self-published author and speaker. He’s been through the slings and arrows of the publishing industry, watched his writing get ripped to shreds many times, and come out on top. He’s an experienced writer who has been in the best essay writing service reddit for over three years. His work is always high quality and delivered on time.