What Parents Need to Know About Roblox 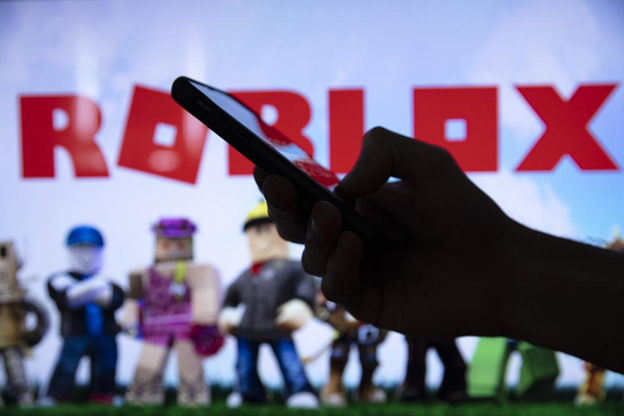 Technology provides entertainment for everybody, including children. As a parent, it is necessary to know about the latest technology and games designed for kids. After all, the internet can be a dangerous place, especially for young children.

One of the latest games that have made parents wonder about their children's safety is Roblox. Before we provide an overview of what parents need to know about Roblox, we will give some background information on what exactly Roblox is.

With over 164 million active users, Roblox is an online game platform and creation system that allows subscribers to program and play games created by themselves and other subscribers. This can be a great platform for children who take an interest in coding and developing their own games. Roblox Corporation released Roblox in 2006.

Is Roblox Safe for Kids?

Having 164 million active users may raise a red flag for parents. The truth is, Roblox is generally safe for kids if parents keep a close eye on their children and take necessary precautions.

However, Roblox has received substantial criticism for making a platform potentially dangerous for children, including sexually explicit content and child labor issues.

Despite having a chat filtration system, inappropriate content can still bypass regulations. Sexual content is not allowed on Roblox. However, games still exist that are sexually explicit and promote inappropriate imagery.

There has also been a presence of extremist role-playing communities and scenarios present on the Roblox platform.

Some of the most controversial include virtual sex clubs and nightclubs that Roblox cannot regulate since the users use third-party platforms to communicate. These sex clubs are called condos, and Roblox constantly struggles to dismantle them. However, in recent years Roblox has been better about removing such content.

Despite efforts to regulate chats, child predators still have ways to use Roblox to prey on children. Essentially, Roblox allows predators to meet children and lure them elsewhere on the internet.

Online predators will lure victims to People Make Games and encourage them to continue communicating on platforms off the Roblox site, such as Youtube or Discord.

Roblox Corporation's response has not been positive since they have claimed that they cannot be blamed for the abuse since it happened outside the Roblox platform.

However, after much controversy, Roblox Corporation released a chat filtration system. The filtration system is called Community Sift and works to censor and remove inappropriate messages and content. Roblox employs 1,600 people to remove content from the platform.

Additionally, Roblox offers privacy settings that allow parents to limit what people can contact their children, restrict access to private servers, and turn on other forms of parental control.

Besides inappropriate content, Roblox may potentially be dangerous for children financially. Critics have explained that Roblox makes it simple for kids to spend large amounts of money, leading to children making purchases on the platform without parental supervision.

Additionally, Roblox makes it easy to delete the accounts of players who file chargebacks or request refunds for Robux payments through banks or card issuers.

The Roblox world also has its virtual economy that relies on real dollars. For example, real currency is exchanged for Robux, the Roblox currency. The minimum withdrawal is 100,000 Robux, which converts to $1,000 of real currency. When you sell Robux to Roblox, the 100,000 Robux only converts to $350, which is much less than what users originally spent in the first place.

Roblox has been criticized for endangering child safety because of the lack of oversight and methods available for developers to address abuse.

Some users have been banned for sexually preying on a child or encouraging gambling and will still not have their accounts completely removed. Additionally, some argue that Roblox exploits child developers.

What Age Is Appropriate for A Child to Start Playing Roblox?

Despite this recommendation, kids of any age may create an account on Roblox without parental restrictions. However, there are subtle account controls available for kids. For example, on accounts of kids under age 13, Roblox defaults to stricter settings. However, a child may change the settings if no parental PIN is set.

As a parent to children, the internet can be a scary place. The news constantly releases stories of children being targeted by predators on the internet. Fortunately, there are ways to keep your children safe while navigating technology.

In terms of Roblox, utilizing parental controls and keeping a close eye on your child should be sufficient. Additionally, you may set your own age limit based on deciphering when you should allow your child to start playing Roblox.

Pick an age where you can sit your child down and have a serious conversation about the dangers that may be present on Roblox and the internet as a whole.

In short, stay up to date on current events and scandals facing Roblox. Make sure you understand how parental controls work, and keep a close eye on your children when they navigate the game and internet.