Guide to creating a VPN with Python 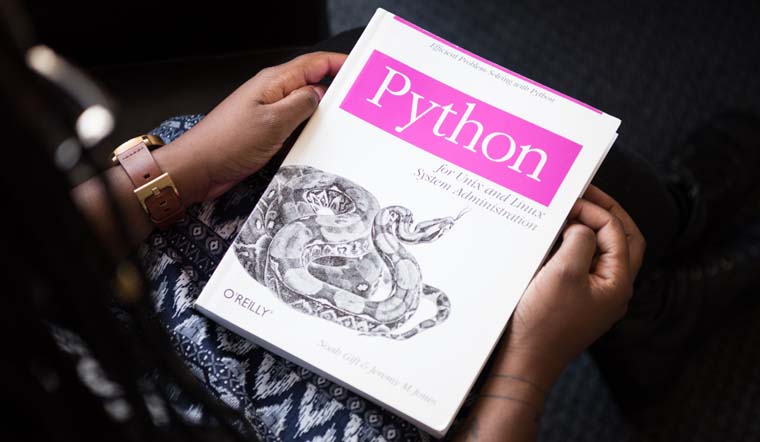 Are you looking for a way to protect your privacy? By learning how to code a VPN in Python, you can create a secure connection that protects your data from prying eyes. Do you know how to create a VPN that meets your specific needs?

Starting a VPN in Python can be a daunting task. With the right tips, however, it will be a breeze. Let’s look at how to set up the required libraries and create a simple VPN server to get up and running with a secure VPN connection.

What Is a VPN and What Does It Do?

Python is a popular programming language that can be used to create VPNs. Python has a wide range of applications, including:

Furthermore, it is relatively easy to learn and use. It makes it an ideal choice for beginners who are looking to start creating their projects.

A VPN is software that allows you to encrypt your traffic and protect yourself from cyberattacks. According to statistics, there are about 142 million VPN users in the USA alone.

VPNs work by creating an encrypted tunnel between your computer and the VPN server. It means that all the data you send and receive is encrypted, meaning that anyone who tries to intercept it will be unable to read it.

It is significant because approximately 30,000 websites are hacked each day, and hackers can steal data from an average unprotected user in a matter of seconds. A VPN can protect you from identity theft, data theft, and other types of cyberattacks. By encrypting your traffic, a VPN can also help keep your online activities private.

In addition to protecting yourself online, a VPN can also help you stay safe when you travel. By connecting to a secure VPN server in a different country, you will be able to bypass local censorship and restrictions. It means that you will be able to access content that is normally unavailable in your current location.

What Is Needed to Create a VPN with Python?

To create a VPN, you will need the following:

How to Create VPN with Python

So, what should you do to create a VPN with Python? Here are the key steps:

1. Research and Select a Python Library That Suits the Purpose

VPNs are a great way to keep your data safe and secure when you are using the internet. They allow you to create a secure connection to a remote server so that you can access the internet as if you were located on that server.

There are many different types of VPNs, and each has its unique features. To write one in Python, you will need to research which library suits the purpose best. Here are some of the most popular Python VPN libraries:

Next, you will need to create an instance of the VPN class. This class needs two arguments:

You can also pass in optional arguments that specify certain parameters of the VPN, like whether it should use encryption or not.

3. Set Up the Settings

4. Connect to the VPN Server

It will open a connection to the VPN server on port 443. You can now enter your VPN credentials and press Enter.

In the previous steps, you configured a VPN connection on your computer. Now it is time to test it by connecting to the VPN server. To do it, open a terminal window and type the following command:

Next, use the ifconfig command to configure your computer to use the IP address of the VPN server. Type the following command:

Finally, use our ping tool to test that your computer can reach the VPN server.

Once it is connected, you can start browsing the Internet normally.

Writing a VPN in Python is not an easy task. As long as you follow the right steps and keep track of your work, the result will be something amazing. If you have knowledge of data encryption and keys, then this job can be accomplished within no time.

Odessa Powell has been copywriting and writing texts for business pages on social networks since her student years. She worked as an editor for the popular writing service Best Essays Education. Currently, her range of professional interests includes the topics of self-development and motivation. In her free time, she enjoys yoga and learning foreign languages.